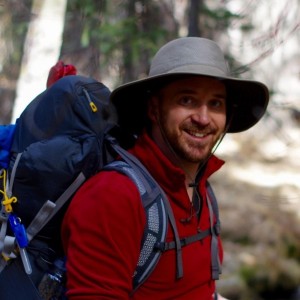 All too often these days the term “Millennials” is used in a derogatory fashion.

It’s almost as if we have all forgotten that nearly every generation thinks that the generation underneath them is lazy and entitled. It’s nothing new for the youngest generations to be hated on and slighted by “the old-timers” before them.

The reality though is that millennials, and the generation after them, will be responsible for how our near future on this planet plays out as well as for most of the innovations that we will come to love in our lives as time goes on.

The industry is currently experiencing unprecedented exponential growth, year-over-year. REI is often treated as a benchmark for the industry, and they are opening up retail stores at a faster pace than ever before, in many new city centers across the US. New outdoors chains are springing up everywhere, and traditional retail giants are grasping at ways to make a profit off of the booming industry (i.e. Walmart’s recent acquisition of Moosejaw).

Boutique climbing, rafting, and bike stores are reaching massive audiences in their towns via special interest groups, public events, and sites like Yelp and Google Reviews/Maps. Gear heads can now buy that brand new ultralight tent or splitboard straight from their phone while coasting in the back of a Lyft (on payday without ever touching a paystub).

Truth be told, the millennial generation is one of the best things to ever happen to outdoor and the industry as a whole. Let’s take a look at why we are firm believers in this statement:

The term “educated consumer” has never before held the weight that it holds in today’s retail environment. While many of us will conduct a cursory level of Amazon review scanning, friend inquiries, and general probing of a store’s sales rep to feel confident in our purchases; millennials have taken pre-purchase research to a whole other stratosphere!

They will create polls on social media special interest groups, take deep dive expeditions into YouTube gear reviews, and will educate themselves to a scientific level using the manufacturer’s website combined with blogs, and are even happy to drown in statistical data points prior to execution of their purchase. Also, never put it past a millennial to contact a manufacturer directly simply to challenge them on their marketing claims.

Social Media wasn’t technically created by the millennial generation, but they sure do own it! You might think that with the ongoing rumors of millennials leaving Facebook that your generation can swoop in and start to take over? But let’s not pretend that millennials don’t serve as your personal “tech support team” every time you get a new smart phone. Or every time Snapchat makes changes to their app and you feel like a toddler learning how to crawl all over again!

Let’s be honest, it was probably a millennial that helped you to crack the linguistic code of the differences between a “snap”, a “tweet”, and what an “Insta post” are. We both know that there are Baby Boomers out there googling these on a daily basis.

Generation X essentially created Social Media, but millennials invented how to get rich off of it. When it comes to retail brands, companies foam at the mouth for the chance to team up with social media “influencers” …if you don’t know what an “influencer” is, ask a millennial!

You would be hard-pressed to find an outdoor brand who doesn’t prioritize product targeting and marketing to millennials. Certain brands have essentially experienced their second coming, completely in thanks to millennials (i.e. Patagonia, Fjällräven, Canada Goose, and Osprey). Millennials have somehow blown the proverbial roof off of the marketing industry as a whole, with sites like Snapchat and Instagram (aka “Insta” or “The Gram”; for the older folks reading this).

Those pictures being posted with just a pair of feet hanging out of a tent looking out on top of a panoramic mountain, or the pretty girl running towards an adventure holding the hand of the photographer…as cheesy and repetitive as those might be, they have done extreme wonders for the outdoors (and the travel) industry as a whole. They have transformed the way the industry educates and entices their key demographics in ways never thought possible just 20 years ago.

“But, disposable income is what drives the outdoor industry, and millennials are broke”

Sorry, but that belief system that millennials don’t have extra money to spend, is just flat out wrong! Let’s be realistic here, the woman who drops $2,000 in one fell-swoop at the register at REI is more often than not going to be a baby-boomer with her family in tow, usually about to set off on a big family trip. This does not however mean in any way that the younger generations don’t have extra money to spend on adventures.

In fact, quite the contrary, they account for much of the money that is helping the industry to grow; and their buying patterns are very precise and meticulous. They generally buy gear with the intention if using it often, for years to come. As opposed to more impulse buying, driven by the mindset of “we can keep this in the basement after we’re done using it” that is oftentimes seen in older generations.

You might turn your nose up at the frat bro that stocks up on Patagonia graphic tees, the young city girl that drops one month’s worth of rent on that Canada Goose fur hooded jacket, or the Fjällräven backpack that has never gone near a patch of dirt. But what you may not be thinking about is how every dollar spent on a piece of gear that may not ever see the trail, is a dollar that goes to bulk up that company to make even more badass pieces of gear that will be put through its wilderness paces.

Research and Development is extremely expensive, especially in this rapidly advancing industry, and lots of new and innovative gear hits the shelves that at the end of the season are loss-leaders for the companies that make them. Those Patagonia graphic tees and trucker hats actually help the company to fund development into such product lines as their technology rich wetsuits or their innovative climbing gear.

That North Face jacket that will never leave the city limits? Yeah, that helped to fund the research that goes into TNF’s expedition level Summit Series gear. So, don’t sneer the next time you see a millennial buying a Yeti trucker hat or furry knee-high Sorel boots, they may just be helping to create that new high-tech, top of the line, ultralight widget that you’ve been drooling over all year!

Millennials have also played a major role in the travel industry, which in turn is much of the underlying foundation of the outdoors industry. They have helped to make mainstream sites like Expedia, Hipmunk, Earth.co, Airbnb, and Airfarewatchdog. They have essentially held the travel industry to a new standard (whether it’s sticking or not is another discussion topic).

Youth hostels have always existed but are seeing more explosive growth in the last 15 years or so. Along with Uber and Lyft, Airbnb has been nothing short of a gamechanger for the travel industry. Brand new expectations have been set by millennials, while the rest of us are just trying to keep up and enjoying the new perks.

Speaking of the transformation of the travel industry, now is a good time to pay homage to the “Van Life” revolution. Volkswagen will be the first company to tell you that millennials certainly did not invent the van life lifestyle, but they were the first generation to make it sexy!

There are couples on social media sites that have garnered a more religious online following than many of our nation’s top political leaders. There is an entire subculture whose main goal in life is to find a way to travel the country by van, while working a real job to fund their adventurous lifestyle. One might refer to this as becoming a “digital nomad”.

That’s right, millennials didn’t invent the van life, but they did invent (or at least helped to popularize) the concept of living out of a van while earning a regular, respectable paycheck. There are several stories of well employed individuals living out of vans, who earn more money than most of their stationary wooden-housed peers.

As some Baby Boomers are now in their stage of life where they’re drooling over the thought of living their life out of an Airstream, millennials have once again…taken it to a whole new level. Essentially prompting companies such as Volkswagen to reinvent and rerelease their famous camper van that was idolized before the first millennial even existed!

There continue to be new ways every year in which the millennial generation is steering the ultimate direction of the industry that so many of us love. So, next time you see a millennial in your local outdoors shop, don’t be afraid to thank them (out loud).

…and if you’re feeling really generous, buy them a new beanie. Everyone loves a new beanie!

We periodically send out our best posts, so that you never miss a great one.

The Logistics of Hitting Life’s Pause Button to Thru-Hike the A.T.

These 10 Hiker Stocking Stuffers Will Make You a Gifting Hero

(coming soon) Don’t Ever Hike Without Carrying These

(coming soon) The 10 Best Pieces of Gear for Female Hikers

(coming soon) Don’t Ever Hike Without Carrying These

(coming soon) The 10 Best Pieces of Gear for Female Hikers

These 10 Hiker Stocking Stuffers Will Make You a Gifting Hero

We’ve spent all of 2018 testing out some of the coolest gear available. These are our favorite things that are the most affordable, the most functional, and by far get the most compliments. We have no doubt that they will be a big hit this holiday season, and will bring joy every single time they get used. Consider this your “Rockstar Checklist”!